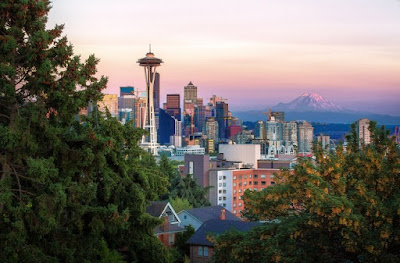 A top national news site has ranked Washington as the best state in America.

The ranking, announced Tuesday by U.S. News & World Report, says the home of Amazon, Microsoft, Starbucks and Boeing earned the No. 1 ranking based on several criteria, including health care, education, economy and opportunity.

“This confirms what we in Washington have always known – that our state is great for businesses, workers, and investments, coupled with natural beauty and innovative, creative people,” Gov. Jay Inslee said in a statement.

Meanwhile, a health lifestyle site has ranked Seattle as America’s second-fittest city. That ranking, by the American College of Sports Medicine and the Anthem Foundation, is based on the Emerald City’s high marks on 33 different measures of personal health habits and how well that works to encourage fitness in the overall community.

The two high rankings together echo much of what local residents already know – that Washington is a good place to live and work.